Every year, Alinagnon leads the organization of the World Day of Remembrance for road traffic victims in Benin. Through awareness raising campaigns and more emotional events such as marching with candles through the city, Alinagnon helps the cause of road traffic victims. Some of the poorest victims also benefit from financial help to pay their surgery bills. Alinagnon has several hundreads volunteers for these events and ensures national media coverage. 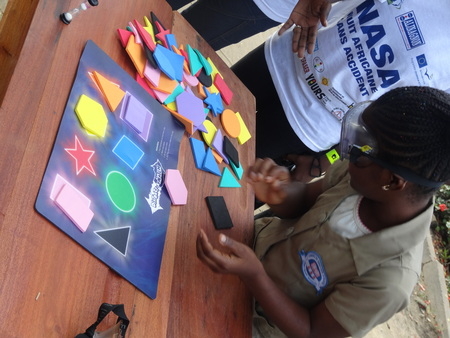 This is one of the strategic activities of ALINAGNON. It promotes self-education of the target groups of the NGO including schoolchildren, pupils and students through road safety clubs. Through this activity, ALINAGNON also strengthens the capacity of motorcycle taxi drivers, officials of bus companies, heads of driving schools, heads of road safety clubs, etc.. Trainings are organized according to the needs identified or expressed by the beneficiaries of the NGO actions. 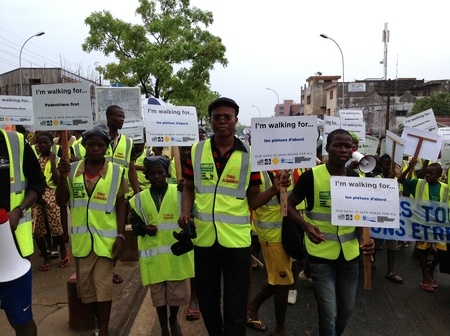 Through marches, TV and radio shows, Alinagnon encourages the authorities to use their power to promote road safety improvements. 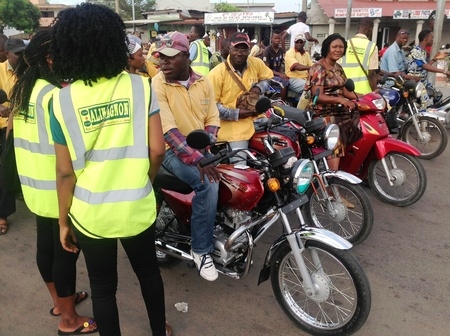 Since the establishment of ALINAGNON in 2009, awareness raising campaigns are conducted on a monthly basis. These activities take place at traffic lights, in schools and universities, moto taxi parks, with the intercity transit company, etc. The beneficiaries of these awareness sessions are the road users in general and youngsters in particular.

The mission of ALINAGNON is to promote road safety education for road users through training, education, good governance, awareness raising campaigns and communication to create a behavior change.