Round the World Roundtables

Round the World Roundtables are an ongoing element of the Alliance’s #CommitToAct campaign. The roundtables are public events, organized by Alliance member NGOs, where local and national government authorities will make specific commitments for road safety action based on SMART targets. The aim of the roundtables is to strengthen NGOs’ engagement with their governments through  meaningful commitments that can be tracked to make sure that they are put into action.

How can I get involved?

The first roundtable event was held in Hanoi, Vietnam, and was attended by Jean Todt and Nguyen Van The, Minister of Transport and Permanent Vice Chairman of the National Traffic Safety Committee (NTSC). A commitment was made to increase helmet wearing among children, ban counterfeit helmets and enforce compliance of quality helmets, ensure successful implementation of the road safety action plan, and present these commitments at the 3rd Global Ministerial Conference on Road Safety in Sweden. Read the press release HERE. 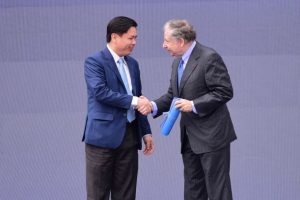 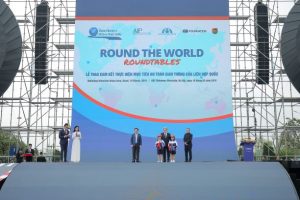 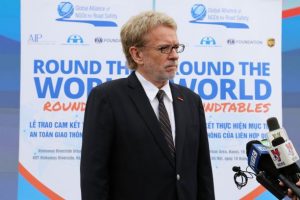 At the Round the World Roundtable in Ecuador, government agencies — including the ministries of Transportation and Public Works, Interior, Tourism, and Public Health, plus the transit authorities, municipalities, police, and judicial system — committed to work together to improve road safety awareness in the country. Read more HERE. 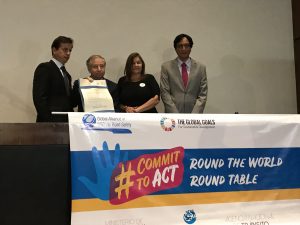 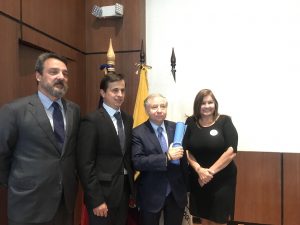 Two roundtables were held in Bogotá, Colombia, on the same day. This was a significant opportunity for both the executive and legislative powers to give their commitment to act for child safety. At both roundtables, the same commitment was signed. The commitment, which Mary Bottagisio, of Colombian Alliance member Por la Via Por la Vida, had a key role in helping to draft, included promises for plans, policies, and programs to guarantee the safety of children and adolescents. Read more HERE. 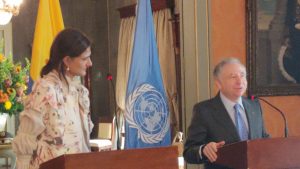 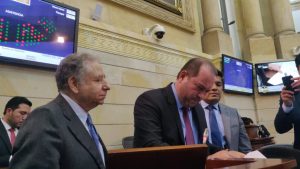 The commitment signed at the first roundtable in Neuquen recognizes the vulnerability of women and promises to promote active, safe, and sustainable mobility, with particular emphasis on cycling policies. It states that local government is dedicated to supporting the implementation of public policies that raise the threshold of road safety in general, with special attention to women. Read more HERE. 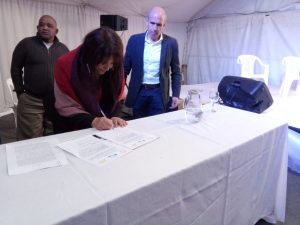 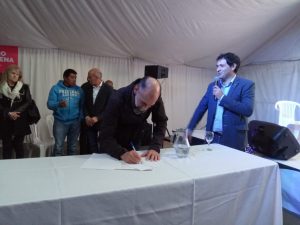 The Round the World Roundtables were a part of the opening ceremony for European Mobility Week in September. Violeta Bulc, the EU Commissioner for Transport, and Mikael Nyberg, representing Finland, which currently holds the EU presidency, presented the EU’s and Member States’ commitment to reducing road deaths and serious injuries by 50% between 2020 and 2030 to Lotte Brondum, the Alliance’s Executive Director. Alongside this, European cities, coordinated by Polis and Eurocities committed to a declaration of principles for safe and sustainable mobility. Read more HERE. 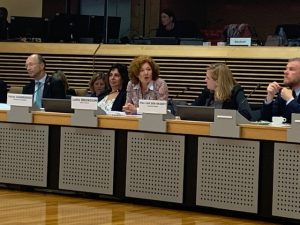 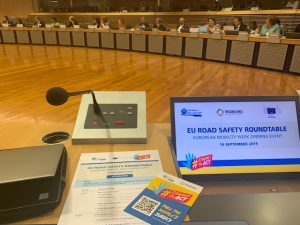 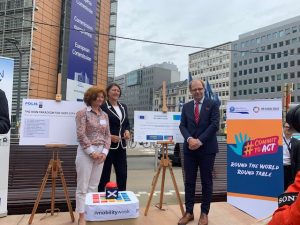 At a roundtable held at the 4º Congreso de Medicina del Trabajo (4th Congress of Occupational Medicine), commitment was received for better post-crash care equipment in local hospitals and the implementation of a new triage system. Also under discussion at the roundtable was collaboration between civil society, companies, and government bodies to detect and reduce drug and alcohol consumption by drivers. Read more HERE. 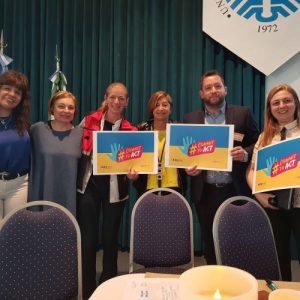 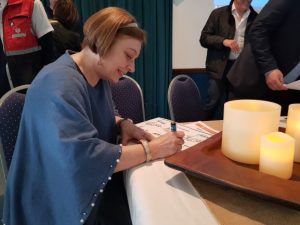 The commitment signed at the roundtable in Jaipur promises that hospital staff and police officials will be provided with training and written materials to ensure they are aware of the law and treat Good Samaritans justly, fairly, and without undue inconvenience. By acting on this commitment, response times will be reduced and lives will be saved on the roads. Read more HERE. 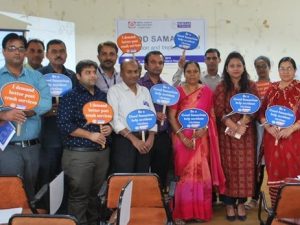 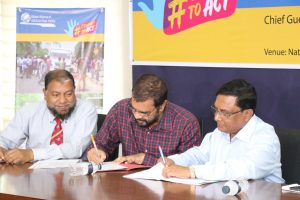 Thiago Gonzaga Foundation and the City of Porto Alegre have formed a partnership to launch the ‘Safe Way’ project. This project will be the first in Brazil to use the iRAP Star Rating for Schools (SR4S) tool. It will also run community-government workshops, to provide evidence-based information on risks that children are exposed to around school zones. Read more HERE. 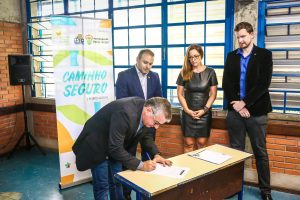 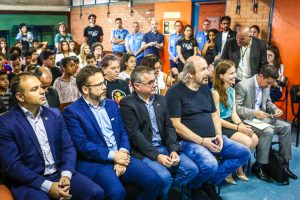 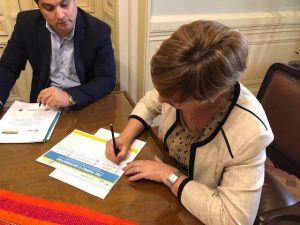 Alliance member Safe Kids Worldwide Philippines (SKWP) hosted a Round the World Roundtable in Pasay City, Philippines, to ask government agencies to commit to action to increase the use of helmets and improve the safety of walking conditions for children around school zones in the country. Read more HERE. 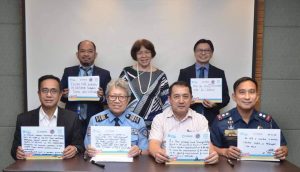 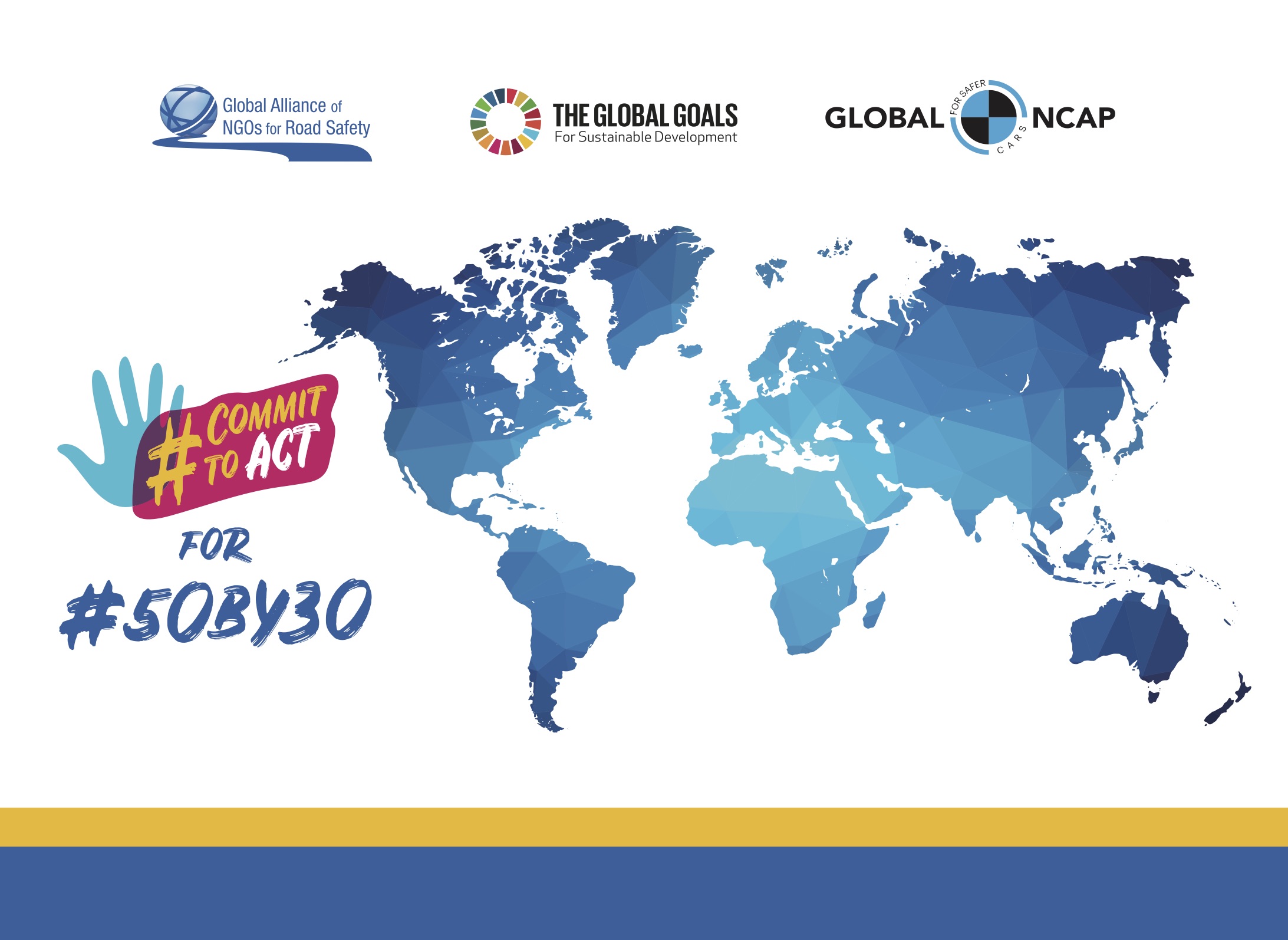 NGOs Say Enough is Enough: Time for Governments to Act 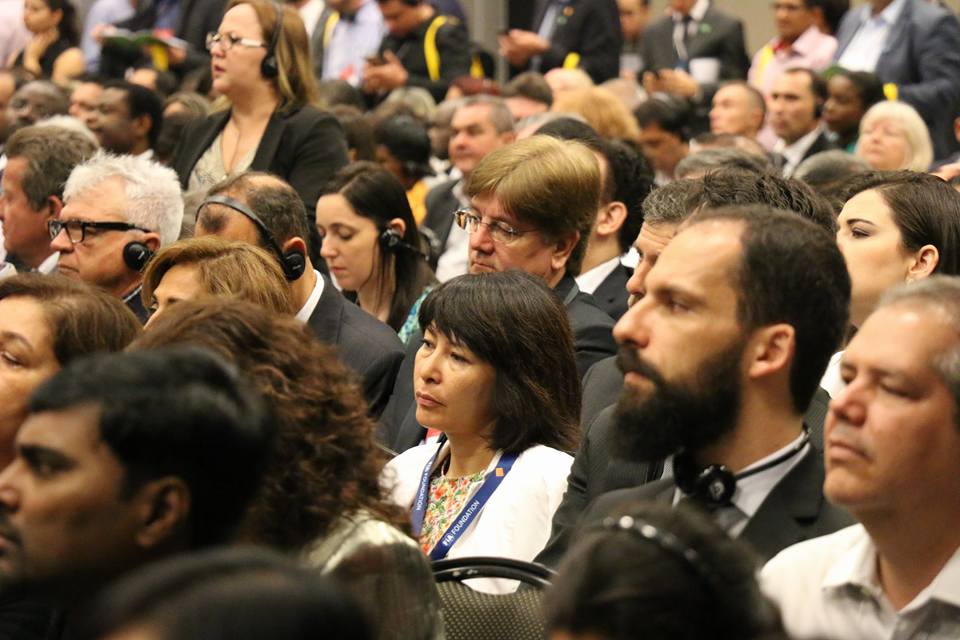 Sweden and WHO on the Conference 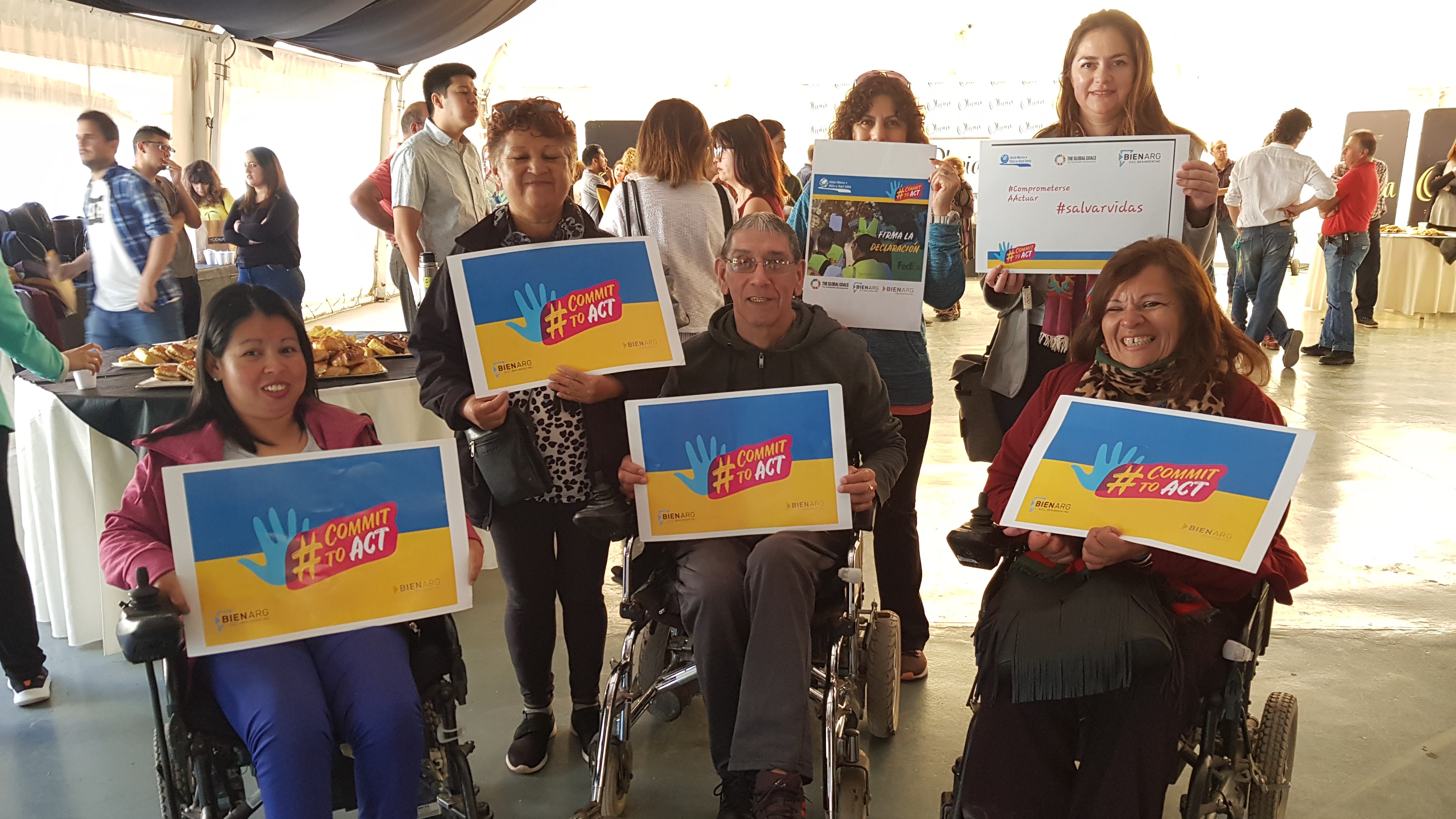