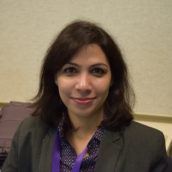 “Being a founding member of TRAX, I am fully committed to the cause. A decade of our interventions has made us strive more for results at the grassroots level, both nationally and internationally.”

Rajni Gandhi sees road safety as a human rights issue. This has motivated her for 10 years at TRAX-India, an NGO focused on changing the behavior of road users. TRAX specifically promotes use of standard helmets, speed reduction, and safe school zones.

Changing mindsets is at the core of Rajni’s work. TRAX has reached more than 30 schools with their standard helmet campaign, educating students and engaging with teachers as key role models for helmet use. TRAX also recognizes the importance of positive images in the media to change mindsets and behavior; they have launched a media content initiative to address this issue. TRAX has begun working with the Advertising Standards Council of India and other stakeholders to advocate for guidelines on the depiction of motor vehicles in advertisements, so as to discourage risk-taking and other harmful behaviors.

Rajni considered the Advocate training an opportunity to strengthen her analytical skills, to become familiar with current approaches to road safety interventions, and to improve her overall performance as a road safety advocate and expert.

In Memphis, Rajni acquired new tools to refine the TRAX helmet campaign, ‘Helmet India’, which promotes the use of affordable standard helmets as part of a healthy lifestyle—a lifesaving device, not a luxury item—appropriate for the Indian context, for all ages. Community mobilization, power mapping, coalition building, and constant dialogue with central and state government, enforcement agencies and helmet manufacturers are shaping strategic partnerships and more effective advocacy. TRAX is also conducting research to identify the specific barriers to standard helmet use among different Indian populations. This analysis will serve as a baseline for monitoring and assessing TRAX interventions. TRAX has conducted a motorcycle helmet workshop with the Central Road Research Institute during National Road Safety Week in January 2017 and is now organizing a state conference on standard helmets in northern India with the support of local authorities and civil society to generate demand and to energize stakeholders to move this work forward. An MoU has been signed with Amity University in New Delhi to promote road safety on campus. Collaboration between many actors drives all of TRAX work and ensures that results-oriented objectives are achieved.

As a direct application of Rajni’s participation in the Advocate training, where she reinforced her skills in data collection and reporting, TRAX began a school zone safety audit and a survey of road users, building on work that was initiated by the International Road Federation, India Chapter. Findings from this research have been used to revise plans for the ‘Speed 30’ campaign and shared with schools in the target area and local officials. In their report, TRAX made recommendations for improvements that would include small-scale interventions by schools and larger, more costly improvements to infrastructure to be undertaken by local government.

Rajni points out that the opportunity to work with road safety experts in Memphis helped her to understand how to identify specific aspects of her work that need particular attention and gave her new tools to address those issues.