Theme: NGOs and funding from the alcohol industry? 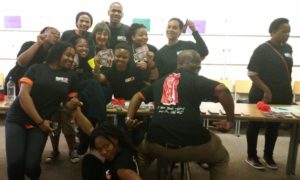 Should road safety NGOs accept funding from the alcohol industry or not? That is a hotly-debated question, and one which we will discuss and debate in Marrakech at the Global Meeting in March. To help provide some context, we will present different viewpoints in our newsletter. Below is a description of a program run by SADD in South Africa with the support of the alcohol industry.

In partnership with the South African Breweries (SAB), South Africans Against Drunk Driving (SADD), a member of the Alliance, launched an innovative educative project, in 2008, about the harm of excessive alcohol consumption. The project is the first nonjudgmental program in South Africa, which does not call for total abstinence from alcohol as the only solution. The program has continued to run in 11 selected universities from 2008 to 2014, and is designed to continue every year.

The aim of SADD’s educative university project is to teach about units of alcohol (UOA) as they relate to blood/breath levels, to bring down drunk driving, to teach more responsible drinking patterns, identify problem drinking, and give treatment details. The project also aims to encourage those who have never had alcohol to not feel pressured into drinking and, instead, be proud and assertive. It shows them that this is alright and normal, as approximately 50% of South Africans do not drink alcohol. Psychologists and peer counselors were trained, and materials given out included PowerPoint presentations, posters, UOA cards and fridge magnets, drunk-driving-education DVDs, breathalyzers, wristbands and T-shirts saying: “Friends Don’t’ Let Friends Drink Then Drive”, and drunk goggles, etc.

Significant achievements have been made since the launch of the program. More than 100,000 students, staff members, social workers, and psychologists have been reached. Pre and post surveys showed a significant increase in knowledge of alcohol, especially with regards to units and elimination rates. Many common perceptions were completely changed, based on the surveys conducted in 2010. The death rate in Western Cape (where four of the universities are located) has gone down by 25%.

SADD recognizes that education alone will not bring down deaths/injuries, so it continues to actively engage with the government to push for more enforcement and testing. Caro Smit and Charlotte Sullivan of SADD were awarded the Prince Michael of Kent International Road Safety Award in 2012 for the university project.

The Alliance plans to have a discussion on road safety organisations’ collaboration with the alcohol industry at the upcoming Global Meeting in Marrakech, Morocco, where different viewpoints from public health specialists and the industry will be shared.